We visited the #Munich zoo today. I petted a sleeping piglet. 🐖 Good times are good 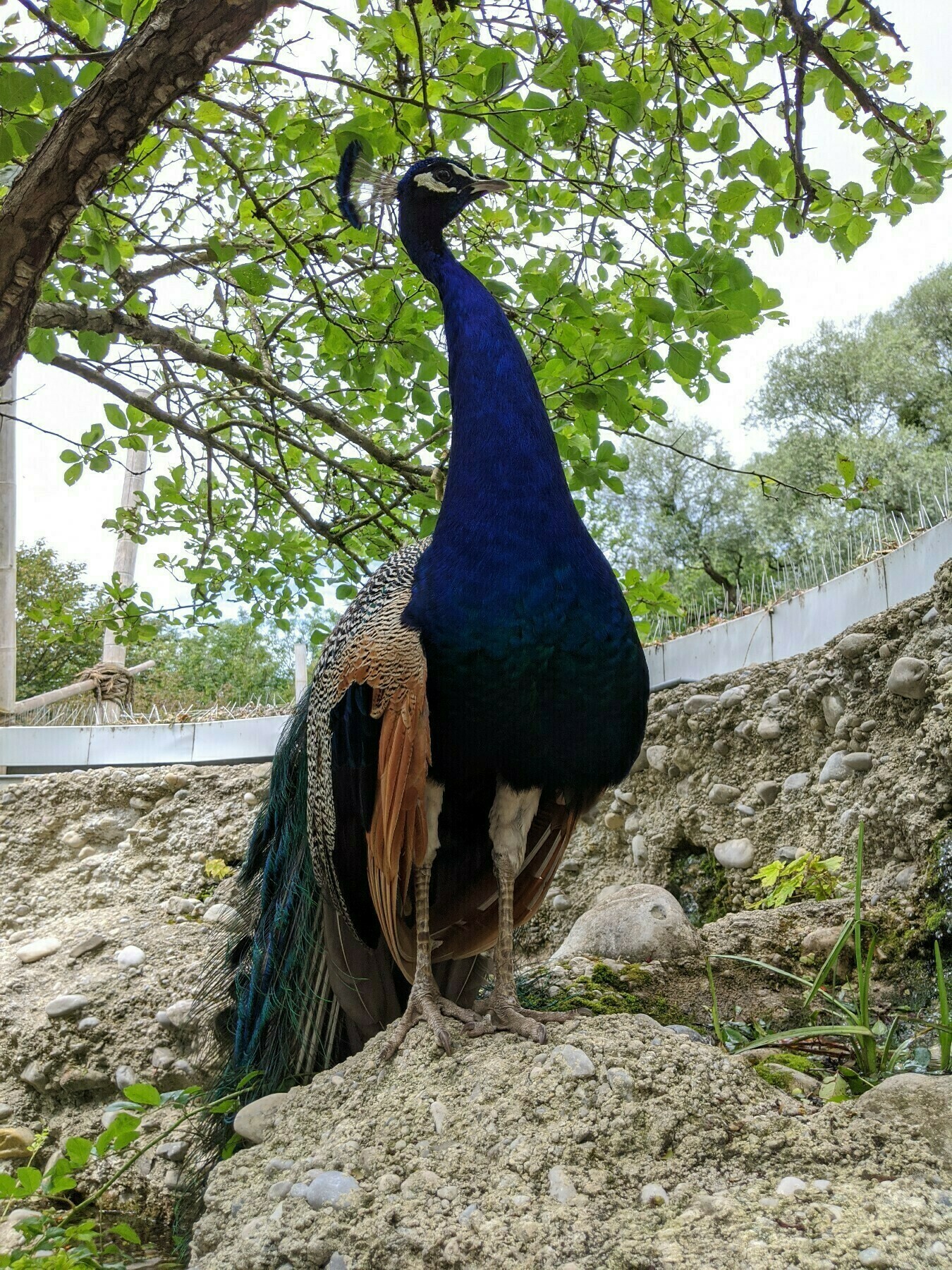 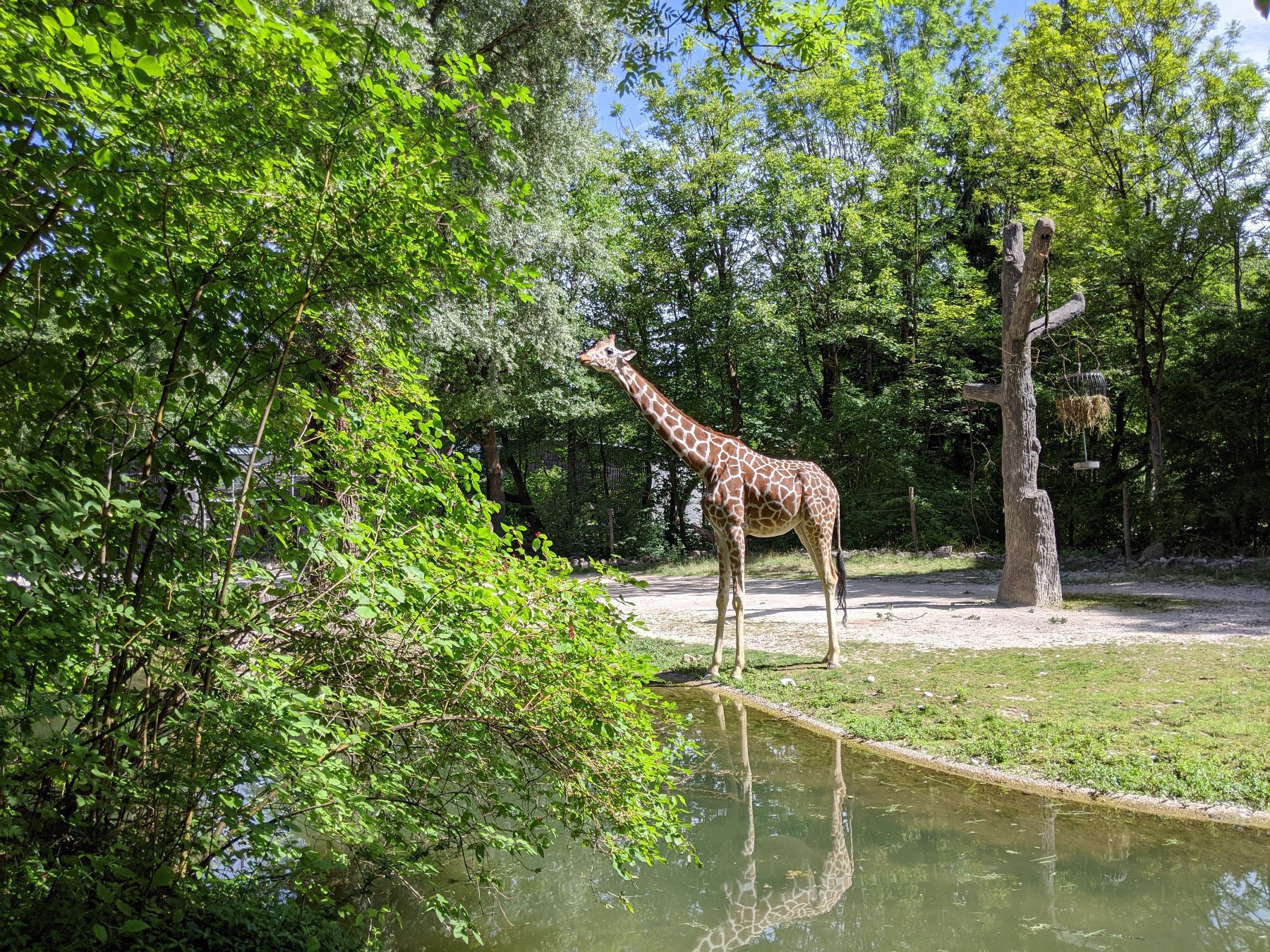 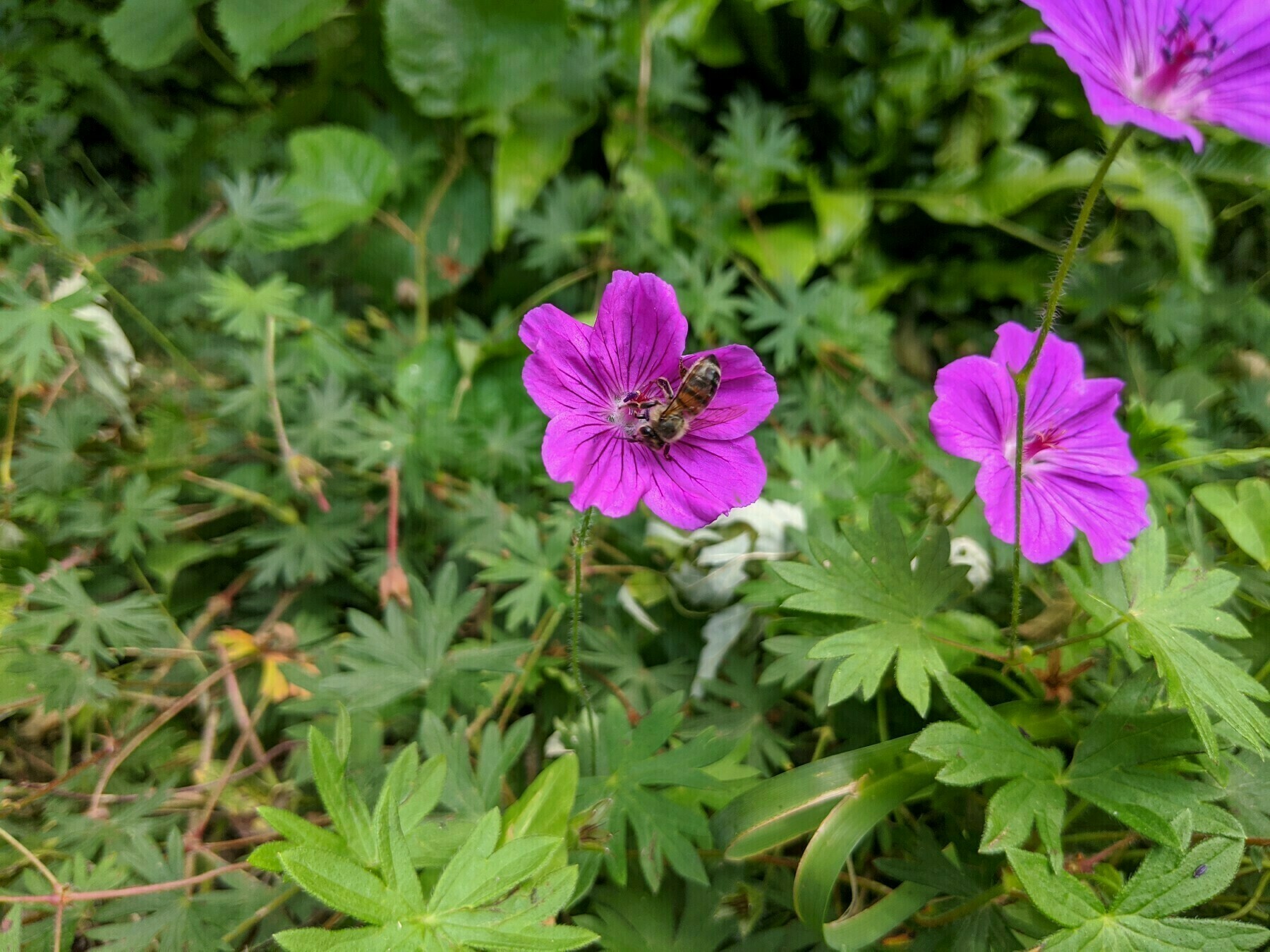 “Something something #vanlife”, I think 🎵 15 mins of DJ Jazzy Jeff creating a catchy remix of another song, what a surprising treat! It probably looked easy because a) he does this for a living and b) he’s advertising a music-making tool, yes, but I’ve learned something about how beats are built up. Inspiring…

I’ve had a lot of jobs in my life… But I’m so proud of what I do now and what we’ve accomplished over those last three years. We and our deposit system for reusable coffee-to-go cups are Startbase’s Startup of the Month! ☕️

Has anyone here successfully married M.b and Pixelfed yet? I guess it’d be possible to have a Pixelfed account on some instance and crosspost any of my new Pixelfed posts in its entirety to my M.b account, no?

I just imported ~250 Instagram posts using the macOS M.b client. Now I have to clean them up because some of the markup resulted in headline-heavy posts. 😂

And the multi-picture IG posts were turned into series of single-picture posts here. Gotta fix that, too.

I’ve two HEY invites to hand out, if anyone is interested, just holler! First come, first serve, it’s a 30 days trial, $99/year after that.

The Segway’s Inventor Has a New Project: Manufacturing Human Organs (📦)

Novelist Karl Schroeder has an intriguing possible answer to Fermi’s Paradox, i.e. the question “Where are all those aliens?”.

He proposes that an advanced civilization will inevitably reach a thermodynamic equilibrium with its surroundings. Since we try to detect alien civs via their waste products (heat, light, other radiation) we might not see them. Compelling idea.

I’ve just finished moving my entire blog to Micro.blog. Hello M.b! There were a few stragglers (M.b has some issues when importing Markdown files with quotes in front-end matter “title” fields) but I’m good now — settling in, shaping my new virtual couch cushions to my liking, etc.

My blog posts go back to 2002. I started blogging a bit earlier than that, actually, but I’ve pruned the archive over the years because not all those morsels stood the test of time. Nothing serious, nothing terrible, just some light dosage of Applied Forgetting. It’s permitted and it’s possible because this here content is mine, it never touched Facebook or its ilk, and every time I moved to another site, engine, destination on my journey, I would pack my bags and take that content with me.

That should be the most natural thing on the net … yet somehow it still is kind of special, isn’t it. We might yet get there, though. More people are waking up to the idea of owning their data. Ace!

I’m getting increasingly annoyed by people wearing their masks under their chins or their noses in stores or restaurants. Not talking about people who have a hard time breathing, them I understand — but people who clearly appear to think everyone else is “sheeple”.

I usually resort to asking those folks (friendly but firmly) to please put their mask over their corona holes and that usually works. But… man, it bums me out every single time.

1. Stop pretending: You didn’t “lose your cat” — the wee fucker likely ran off because your relationship was asymmetrical to begin with.

2. Don’t waste time making a “Has anyone seen my lost cat” poster for plastering your neighborhood with, because (a) there are already hundreds like them and (b) see 1.

3. Instead, if you come across any cat roaming the streets, just grab it. It’s yours now, congratulations. And that’s okay because chances are that little shit is currently looking for another “home”, anyways. 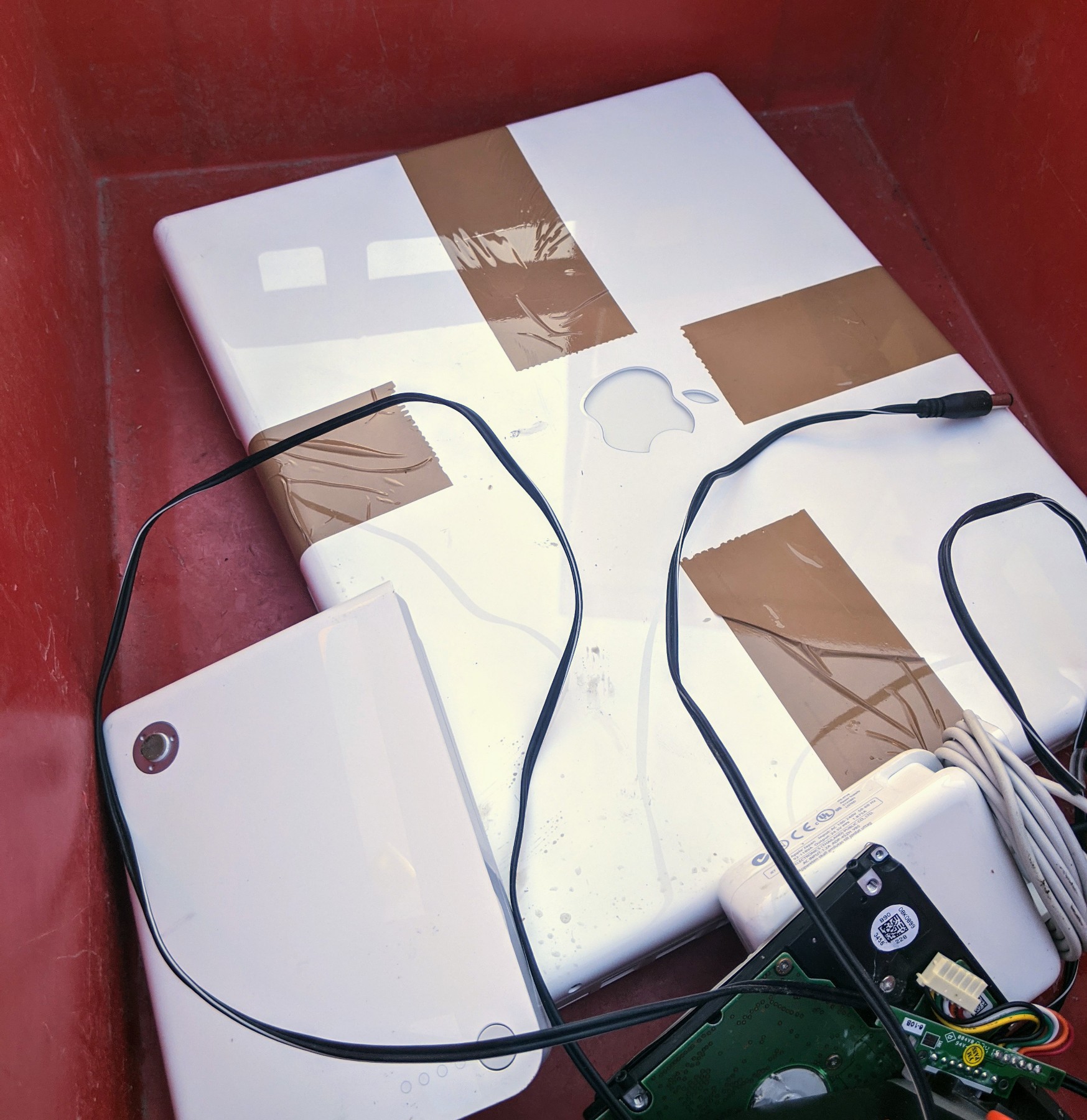 As much as I like the idea of Fairphone, the execution leaves a lot to be desired. The Fairphone 3 unit I bought for the office half a year ago has issues. It keeps its owner from making calls (more precise: there’s a 50:50 chance microphone and speaker will shut off after making a speaker call, it’s a known issue and we’re still waiting for a fix); she’s got an electrical shock hitting her ear while using in-ears; the charge drops like a brick from 100% to 20% within 2h and I don’t think that’s a 3rd-party app issue.

Not a good purchase.

You gotta love the fediverse.

The Foundation teaser/trailer for the upcoming TV series (2021) looks good. Maybe now is a good time to pick up the books? 📚

They are not special, but they’re mine. I’ve distilled them down over the last few years; they are a result of me getting a sense of who I am, together with what a person I want to be.

(Wow, that sounded way less pretentious in my mind.)

Turns out that for me, they kind of cover every imaginable situation. And yes, I broke all of them in the past, too. I just try really hard to not let it happen again.

Allow me to quickly go through them.

That’s pretty self-explanatory, I think. I try to be respectful, or neutral at least, even if the other person is wrong in my eyes. Even if they are, there’s usually something I don’t know about them or their lives that made them that way. If I have to, I can disagree like an adult.

(The only exception are nazis and people who think themselves superior to others due to the circumstances of their birth. Fuck ‘em, I have no time for that shit.)

I try to keep the number of personal regrets I have as low as possible, so when making a somewhat important decision I usually make it deliberately. I do that both in my daily work and in my daily life.

Meaning, I know that even most of the bad decisions I’ve made in the past I’ve made after weighing my options carefully and going with I felt was right and good at the time. It might sound silly but… I can’t be mad at that. Past Carlo did his best to not let Present Carlo down, and Present Carlo does his best to not let Future Carlo down, you know?

I got that from the 12th Doctor, basically, and it’s a beautiful notion. A little kindness goes a long way, even if it’s just a smile at the right time. “Leave the place a little better than you’ve found it”, etc. Even if I have to tell someone that I don’t have time for them right now, I will do it in a friendly way.

It’s very, very easy for me to get swept up in work, i know that by now. Unfortunately, I needed a rule to remind me to not postpone the good life and shenanigans if possible. I’m getting better at this, little by little. 😋

I know people who at some point in their life decided they’re “done” as a person, and they’re usually a boring bunch. Stagnation is the silent killer. So I try to pick up new things and learn new stuff and open up to new people etc. All the time! And every time I do I gain something new! For example, I got me a longboard two years ago, it’s ace. And I started rapping last year, recording songs, performing in front of people. (Side note: I’m 46.) It’s not very good, I don’t aim for business, I don’t do it as much as I’d like, I am nervous AF every single time the beat starts, but… man, I am alive! That must never stop.

It’s like finding new pieces for a big-ass puzzle you thought looked kinda finished but really, really isn’t, not even close.

My best friend started a weekly newsletter for indie game development with Godot 🎮💻 so if you’re into that, The Weekly Wait might be for you!

Sweet, my HEY.com invite arrived! ✉️ I am still unsure whether their approach to email would actually work for me, but their ideas about it I do find appealing. Only one way to find out, I guess…

I built a little helper tool named Bearing which allows for scripting Bear. It adds to Bear’s own capabilites by slightly abstracting and enhancing the experience:

A few weeks back I switched from Evernote to Bear. I like Bear a lot (Markdown!) but its lack of Applescript support is irritating. Out of the box, Bear can be automated using its x-callback-url API, yes. But you don’t get any return values for those calls in a simple way.

I guess that’s why all existing Bear-related scripts go H.A.M. on its SQLite DB. The Bear FAQs say the following about that:

For most users in most situations, we highly recommend not [to work with Bear’s database]

Great. Also: understandable. That led to me setting out to build a simple wrapper app so I could work with Bear from command line and scripts in a easy and structured way without putting the notes database at risk.

What can it do?

Searching, tagging, editing etc are supported, as is everything else the x-callback-url API allows for. :)

More information on usage, installation and whathaveyou can be found on Github:
https://github.com/carlo/bearing

It’s still early days, and it definitely still has a few rough edges, there are bugs. If you find any, just let me know, please!

It’s a dope little app to build simple script-powered macOS apps. Fun fact: it was released in 2003 and the project is still active!

A few days ago I started Assassin’s Creed: Origins on PS4 after buying the complete edition during a PSN sale, and hoo boy, what a game. Absolutely stunning, lovely atmosphere, so much to do (duh, it’s a Ubisoft game), and I’d say I’ve seen less than 20% of it so far. 👍🏼

I was about to write “I’ve played most AC games” but after taking a look at the release history I realize I was wrong. 😅 Anyways, I put AC on ice when I got series fatigue after finishing Unity, so that means I’ve never played Syndicate, Origins or Odyssey.

Origins, then. It’s nice and YOU CAN RIDE CAMELS 🐪🐫, and it keeps me from feeling guilty for putting Witcher III on hold halfway through.

You know how it goes.

Today I decided to give Micro.blog a shot; these days, I want my hurdles for blogging & posting low, and even running my own Hugo-powered blog is a bit too much. I’ve a life to run, damn it!

Anyways, hej hej! I’m Carlo, I hail from Europe 🇪🇺, I’m CTO of #German #sustainability company RECUP (we’re building a deposit system for reusable coffee-to-go cups). 💚 I’m a software dev, I love me some good PS4 videogames 🎮, I try to be the best husband I can be, I’m a P.U.N.K. (professional uncle, no kids), futurist, transhumanist, comical element.

Glad to be here, let’s see whether Micro.blog will work for me. Glad midsommar! ☀️